Not Alive and Well and Yet, Some Things are Still Surprising

I don’t get this one even more.

As a country, we are collectively mourning the loss of five Dallas Police Officers.  FIVE…  In a matter of minutes, FIVE lives gone, children without fathers, wives without husbands, mothers without sons.

Then we take sides…..

This is terrorism.  The gunman wanted to fulfill an agenda he had, radical or fanatical thinking behind it – take your pick.  And he was trained by the structure present in our country’s military.  Homegrown, by definition.

And in this wonderful age of social media, we can be scrutinized about our beliefs in a two word post on Facebook or in less than 140 characters on Twitter.  People hear what they want to hear and see what they want to see.  They believe who they choose to listen to and dismiss those who do not agree with them.

I have lived in New York all my life.  I take pride in the fact that if someone needs a ride or directions to get somewhere, I can provide assistance.  I can tell you the “ins and outs” of travelling in the five boroughs of our city because I have driven almost every section of every borough over the twenty-years that I ran a balloon delivery business.

Yesterday, I read a post from someone who is married to a newly hired police officer in another part of the country.  She wrote about the sacrifice her husband is making – “so willing to sacrifice so much for people who care so little”.

Want to know what’s wrong with police training? Their home lives? Their way of thinking?  Read that last part of the last sentence in the previous paragraph.  Thankfully, most police officers truly believe in the serve and protect and that belief being applied to everyone they come into contact with.  But those who are of the mentality that “people care so little” have no business putting the uniform on.  You are charged with serving those you look like, those you do not look like, those who dress, pray and eat like you or not. When we wake up to that reality, we will have to address the broader issue of eradicating racism from every police department’s employee – young and old, newly hired or near retirement.

Today I was challenged by someone I am friends with on Facebook, to “take a walk in Brownsville or Bed-Stuy after dark tonight” – the challenge concluded by telling me to let the person “know how it goes”.  This particular person and I have minimal contact with each other – a distant relative, the kind you may see at weddings and funerals, but not much more.  We were raised in the same neighborhood as children but we apparently see the world from two hugely different perspectives.

Truth is, I have gone through Brownsville and Bed-Stuy, East New York and Coney Island; I have made deliveries in these areas as well as Bensonhurst, Mill Basin, Bayside and Astoria.  I assume that the “challenger” (as we will refer to her) wanted me to agree with her that those neighborhoods that she cited were “dangerous”.  Well, maybe they are – as all the rest of the neighborhoods in any area could be – at night, in broad daylight, at dawn.

The insinuations that were prompted by a post are revolting.  People in a more privileged position can draw all the conclusions they want.  Walk the walk, as they say; put your money where your mouth is.

I have worked with the finest people in this gigantic city – and believe you me, they are not always found in the best of positions, circumstances, or neighborhoods.  I have decorated street fairs in Brownsville, grand openings in Bed-Stuy; I have brought my staff to places in every borough that may have made others look around nervously; we have been at all-day events in Corona.  Our shop was in Coney Island for 19 years and we opened and closed all hours of the day and night.  You may ask if we ever had problems.  The answer is yes some issues but not something that would have chased us from wherever we were.  The only think that ever scared us was Superstorm Sandy and even then, with every single property in Coney Island being affected, neighbors who walked passed our store in the days after the storm, asked if we were okay, if they could help and would we be back in operation.

Social media – where you can post something and it lives forever.  The internet? Put it up – take it down, the web has the last laugh.  If someone posts something you do not agree with, let them know; if a comment is biased, object.  Do not stand by and look the other way – your voice is as important as theirs.  Use your voice!

The word that will carry us forward is EMPATHY.  Know what its like to be someone else….. 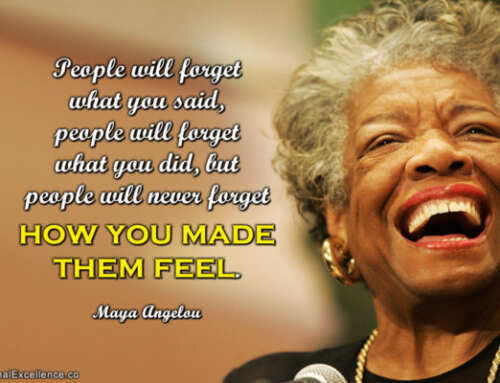